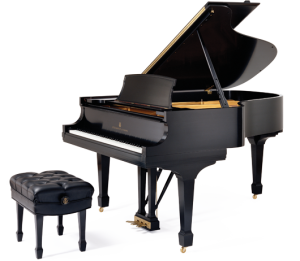 For a number of reasons, not least of which is the highly subjective nature of judging piano sound, t ouch or cosmetics, pianos are seldom (if ever) reviewed in buying guides or magazines like Consumer Reports®. More specialized periodicals for musicians, pianists, or music teachers sometimes make a halfhearted attempt to publish something that outwardly appears to be a comparative review. Unfortunately, since most of these specialty magazines also accept advertising dollars from the very piano manufacturers whose instruments they are comparing, their reviews tend to be watered down and lacking in objectivity. As a result, accurate and truthful comparisons of brands, models, quality, features, or pricing are often difficult to find. Even for those publications less influenced by financial censorship, there’s always the impending threat of legal action if you happen to say something a manufacturer doesn’t agree with, or doesn’t feel represents them or their product accurately or fairly.

It can be a truly frustrating experience trying to get accurate information about pianos. Often today a consumer’s main recourse, in order to learn about piano quality or pricing, amounts to calling or visiting a number of piano dealers, and attempting to get pertinent information, or find similar models of instruments to compare (often with confusing or discouraging results). “Piano Info” sites on the internet, while initially appearing to be informative, more often than not present vague or contradictory information that is no more helpful than the dealers; in many cases, the sites are actually run by dealers, and include only what they want you to hear. Checking the classifieds in the paper can give you some very general idea of prices: both private parties and dealers list their pianos there; but only the asking price is listed, not what the piano actually ends up selling for. All-too-frequently neither dealer nor private seller takes into consideration the condition of the piano nor the amount of use it’s had; nor, if a new piano, how well it was prepped, regulated, or voiced, nor how it compares, tonally, with similar models out there for sale.

Piano manufacturers, in an effort to accommodate competing dealers, will often provide them virtually the same piano, but with different names on the fallboard and with differing styles, options, features, and stringing scales, in order to make it more difficult for the public to be able to tell which pianos are which, or to be able to make effective comparisons. Trying to compare piano features or quality from the various manufacturers’ literature can be an exercise in futility, like comparing apples and oranges. In addition, disparate and widely divergent exchange rates between European, Asian, and U.S. currencies have further contributed to the confusion about piano pricing, and have given rise to opportunists and price-gougers. Dealers often now refuse to quote prices over the phone, and require customers to come in, in person, and submit to a sales pitch, before giving out any sort of price info. It certainly seems that all too often, piano dealers seek to make money by keeping consumers in the dark.

In many cases dealers and importers can now buy overseas, dirt-cheap, instruments designed to have the outward appearance of a quality piano, but with little of the construction, design, or materials that make for a quality instrument, inside. These instruments are then shipped to the States by the containerload, and sold here for many times what they initially cost. Good or high quality pianos, on the other hand, are typically products with high materials and labor costs, and relatively narrow profit margins (after all is said and done). Government intervention, protections and/or and assistance in various forms, and the absence or presence of import tariffs and duties can often make or break a piano manufacturer. Over recent years, the importation of several fairly well-made, and popular, imported piano brands dried up almost overnight due to a sudden corresponding evaporation of government protections, incentives, or exemptions, or due to a coinciding change in the foreign currency exchange rate. Makers of high quality pianos here in the States are struggling to survive.

It is common today to see piano parts being made in one country, then shipped to another for final assembly, and then shipped to still another country to be sold, simply because doing so will circumvent import or export tariffs and duties, or because local government in a country has chosen to subsidize new industry or manufacturing in an effort to help create new jobs. And the name placed on that multi-national piano product could be one from any of those countries, or from none of them.